If you’ve ever run track, you’ll probably agree that the hardest race is the 400 meter dash. It’s running as fast as you possibly can, one quarter mile around the track. Absolutely grueling.

In high school, one of the guys on our team was a contender for the state championship in the event. He won every meet and came close to breaking the state record almost every time. So to help him prepare for the state finals, the coach took him off the 400 meter event and made him run the 800 meters – probably the only race worse than the 400. 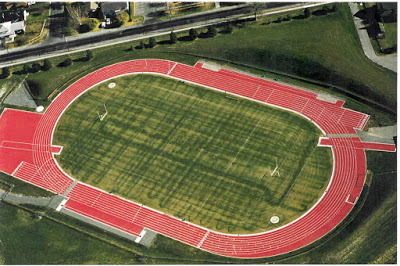 The coach (who’d been a 400 meter state champ himself) knew that after conditioning this kid’s mind to run for 800 meters, running the 400 in the qualifying tournament would seem like a piece of cake.

Turns out it worked. The kid went on to win the state championship, and break his own coach’s state record.

Here’s how this applies to you writers and your radio scripts: Start writing 30-second radio scripts instead of 60s.

It’s tough to get a script to fit into 60 seconds. But squeezing a great idea into 30? That’s almost torture.

But that doesn’t mean you can’t do great 30 second radio. Just visit the

Radio Mercury Awards site and hear what I mean.

:30s and :60s are different beasts. What works in one might not work in the other. But practice writing a few. Because if you can write a fantastic :30, you’re going to be that much better at writing :60s. Not to mention TV spots, headlines, and concepting in general. 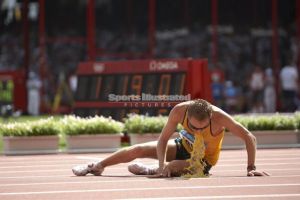