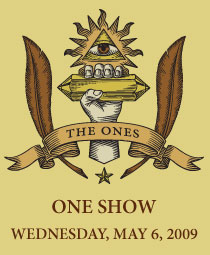 For those of you who are not finalists and/or pencil winners (and those of you who are), as great an honor as this is, as far as your career’s concerned it’s no better than reading tea leaves.
I’ve known people who never won an award as a student load up a reel’s worth of great spots on Creativity, become GCD’s on award-winning accounts, and have a healthy shelf of awards anyway.
I’ve also know winners of One Show golds in the student competition to be jobless a year after receiving their award, and I’ve known winners of One Show student pencils who have yet to win anything else in their career.
If you win, milk it for all it’s worth. If you don’t, it doesn’t mean the work you did isn’t stellar.
At any point in your career, you’re only as good as your last ad.